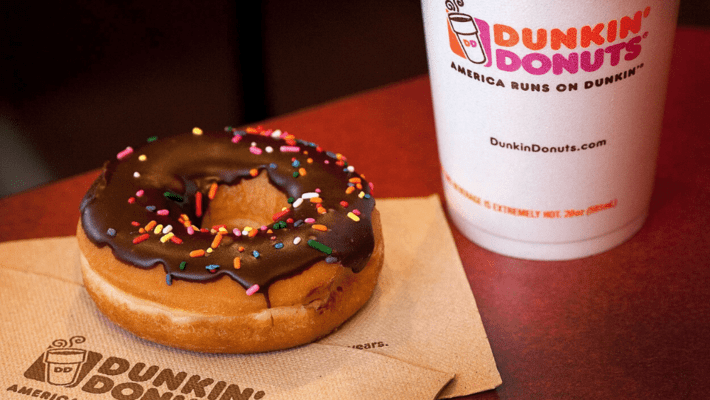 The Editor takes care of all the posts at Roaming Pakistan.


That freshly baked hot donut with a cup of coffee is the best way to freshen up and start your day. The aroma of both the things and the combination is to die for. Ahhh! I’m craving one now.

Donuts have not been very much popular in Pakistan sadly and you won’t find a lot of brands particularly known for this delicacy but Dunkin Donuts is embedded in our minds.

Even if you like donuts or not, you still would know the name. So, this was started back in 1946 in the US with a small truck with a big Dunkin Donuts menu. You can imagine how successful it became as the name t expanded all around the globe.

Obviously, the variety is different at every location depending upon the liking of people from a particular area. But some things are universal. Be it a custard-filled donut or a honey-glazed donut. Dunkin Donuts menu has a vast variety of flavors and they vary in price too.

But not just this, you can also find other things that are easy-going breakfast items. That might be a cup of espresso shot or a heavenly layered croissant. I mean, they literally got your breakfast sorted.

However, the amazing deals can be availed which is a cherry on top. And who would want to discard those small holes of donut dough so they came up with munchkins? All of these yummy things have been compiled by Roaming Pakistan in a menu down below.

What kinds of donuts are at Dunkin Donuts?

Dunkin Donuts make assorted flavors. From basic to premium line with unique toppings, they have got everything. Other than donuts you can also get hot and cold coffees, bakery items, and even a breakfast menu. Dunkin Donuts menu has all the things you need to freshen up and start your day.

What are the new flavors at Dunkin Donuts?

They have recently launched new flavors that include Pineapple and cherry topping, Bavarian and cherry topping, and fruits & nuts. Also, they have launched ice cream donuts too. You can enjoy their basic and premium line. The basic flavors include honey-glazed, vanilla creme, strawberry cream, chocolate cream, and custard-filled donuts.

According to the latest Dunkin Donut menu, a dozen donut box is for Rs 1500. You can also get a box of 6 or a single donut. The choice is completely yours. Dunkin Donuts offers all-time and breakfast deals for their customers so order now.

Where is Dunkin Donuts most popular?

Dunkin Donuts has the most outlets in New York State. They have nearly 1300 Dunkin Donuts and are known as the home of this chain. Massachusetts is the second number with 1150 outlets. Dunkin Donuts came to Pakistan a quite while ago and has its presence only in Islamabad and Lahore. However, there are better donut options in the two mentioned cities.

Krispy Kreme is another big name of the Donut chain in the Us and is much cheaper than Dunkin Donuts. However, there is a difference in the size and thickness of the donut. Also, Dunkin Donuts has more variety. Krispy Kreme isn’t in Pakistan so the first brand that comes to mind when donuts are concerned is Dunkin Donuts. There are other bakeries making them but no other brand is known for donuts.