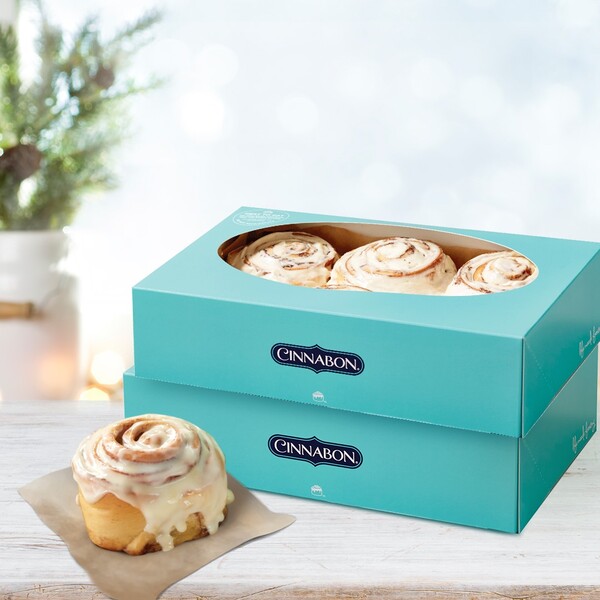 The Editor takes care of all the posts at Roaming Pakistan.


Do you crave the rich aromatic cinnamon-spiced cinnamon rolls when you need something sweet and savoury? I guess Cinnabon is the only bakery that offers that perfect recipe which you too would fall in love with. Each of their ingredients has its own story. The Makara Cinnamon from the forests of Indonesia, the soft fresh-baked dough and the gooey waves of sweet frosting is the core of the entire Cinnabon menu. Due to its high quality and made to perfection items, it has over 1200 bakeries across the globe. Out of which, 10 bakeries are in Pakistan and are equally successful. Because people love them!

Cinnabon menu has a lot to offer. From different flavours and sizes of cinnamon rolls to their signature drinks and cakes, each one of them has its own significance. They also give cinnamon boxes to gift your loved ones. So Roaming Pakistan wants you to have a go if you haven’t tried them yet. For that, you can read ahead for the Cinnabon menu all in one place.

Roaming Pakistan tries to ensure complete accuracy of information displayed on its website. These prices are accurate as of 4th November 2022.

Other Beverages at Cinnabon

How many Cinnabon outlets in the world?

according to the data of 2017, there are over 1200 bakeries of Cinnabon in 48 different countries around the world. Out f which, 648 bakeries are located only in US. It was found in 1985, almost 36 years ago in Seattle, Washington.

What is Cinnabon famous for?

Cinnabon is definitely known for its aromatic cinnamon rolls along with gourmet coffee, iced drinks and other bakery items. Its special grown cinnamon is rich in spice and has a pungent scent that gives its gooey dough an unforgettable flavour. From classic to caramel and chocolate Cinnabon, each has its own goodness. It is mostly found in malls or with kiosks where the pedestrians are great in number.

How to order Cinnabon online?

You can easily place your order online through the website of Cinnabon Pakistan. Their menu is detailed and the website is user friendly so that the customers can get what they want without any hassle.

Who owns Cinnabon in Pakistan?

How many Cinnabon are there in Pakistan?

There are total 8 bakery outlets of Cinnabon in Pakistan. Among which, 2 of them are in Islamabad, 2 in Karachi and the rest 4 of them can be fund in Lahore.