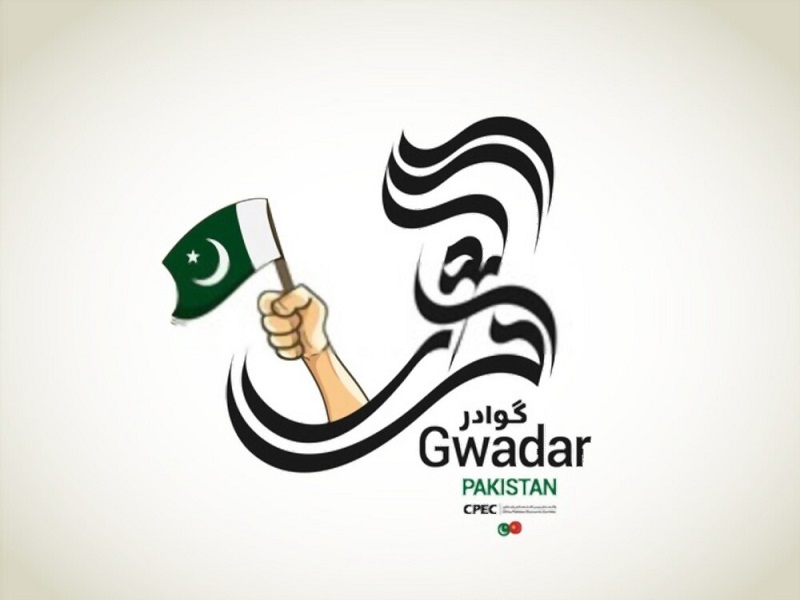 Gwadar is a city in Pakistan in the southwestern region of Balochistan. It is located on the Arabian Sea near the Iran border, roughly 700 kilometers (435 miles) west of Karachi. Gwadar gets its name from two Balochi words, “gaud” means wind and “dar” means door, meaning the “gate of wind.”

It  is the gem that the Pakistani government has been ignoring for a long time, but it is now becoming known not only in Pakistan but around the world. CPEC has attracted a lot of investors, tradespeople, and millionaires to invest in Pakistan. In recent years, Gwadar has opened many opportunities for employers, tourists, industrial enterprises, and people looking for a luxurious lifestyle.

Gwadar has the largest deep seaport in the world and the 100th largest city in Pakistan.  In the past, its economy relied heavily on artisanal fishing. However, between 2002 and 2007, Gwadar had significant growth, which not only increased its economic value but also drew attention from throughout the world. 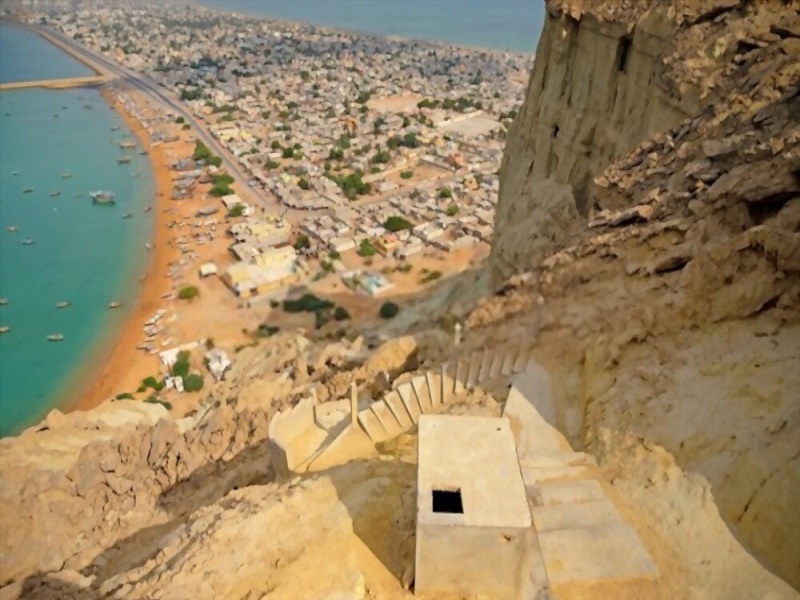 Gwadar is geographically valuable and beneficial to Pakistan. It is at the crossroads of oil trade routes and international ships. The Middle East, South Asia, and Central Asia are all connected by this route. It is situated at the tip of a maritime lance that transports nearly 60% of the world’s oil. Traders and marine shippers largely use Gwadar port as their primary route. Makran Coastal Highway is also important for boosting infrastructure and economic activities along the coastline.

Gwadar’s position is particularly beneficial for China’s import business because it works as a shortcut alternative to the Malacca strait, via which China’s massive oil imports pass. This saves China a significant amount of money and time.

China is keen on the development of Gwadar port. To that end, they have begun many major projects in Gwadar under CPEC, such as the Gwadar Smart Port City Master Plan, the Gwadar Eastbay Expressway, the Development of Port and Free Zone, and many more under construction, and pipeline development plans.

Not only that, but China Overseas Port Holding Company intends to expand Gwadar Port by building nine new multifunctional berths along 3.2 kilometers of coastline east of the existing berths.

Gwadar has an excellent reputation around the world due to its important trade routes and significant economic potential. However, beware of traveling scams in Pakistan. 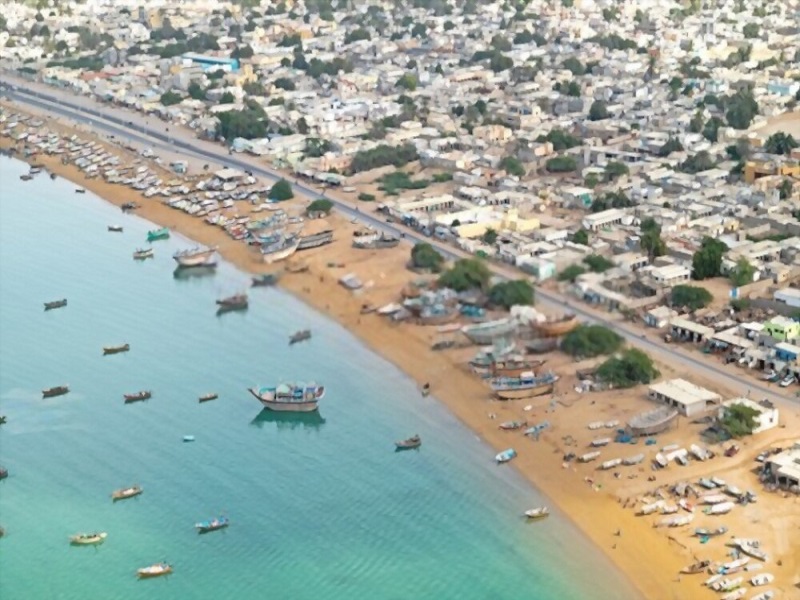 Gwadar Port is the world’s largest deep seaport and the third most important seaport in Pakistan (after Karachi and Bin Qasim). In Pakistan, it is in the Balochistan province, west of Karachi. It is located on the Arabian Sea at the entrance to the Strait of Hormuz, near the border with Iran, and is part of the wider Gwadar Economic Free Zone (GEFZ). The port was built in 2007 with Chinese help, for which China will have its naval base here.

It was announced in 2016 that Gwadar would be upgraded to a free trade zone by 2030. The city also houses many consulates, including those of Australia, Oman, Saudi Arabia, Turkey, and Thailand, as well as an Aramco oil warehouse.

Gwadar Port Authority has inked a contract with China Overseas Ports Holding Company Limited (COPHC) for the development of Gwadar Port’s Phase II project, which will cost $1 billion. This phase will comprise dredging activities to build three breakwaters at the outer anchorage area along a 52-kilometer-long jetty. Also, Iran has supported its development plans.

The Weather of Gwadar 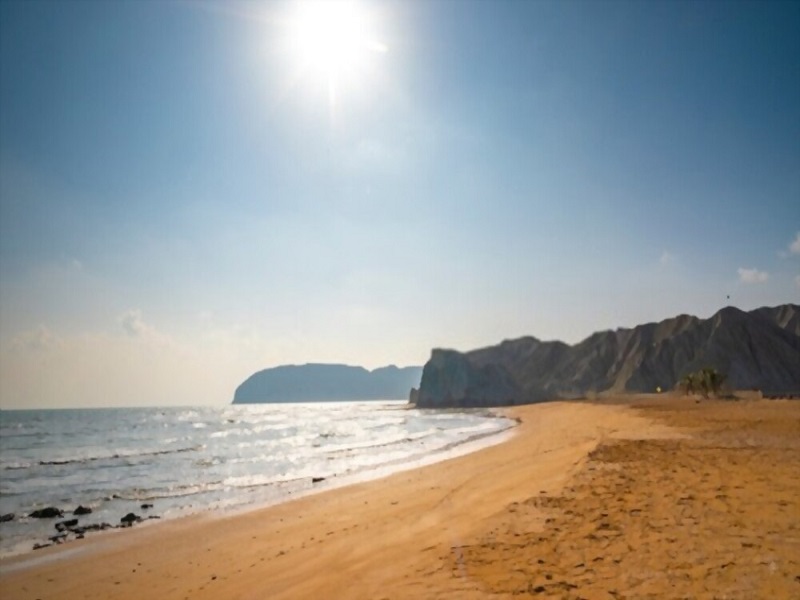 Despite its location outside the monsoon area, Gwadar experiences mild monsoon showers during the summer (June–August). However, Western disturbances can cause considerable rainfall during the winter. The average annual rainfall is only 3 inches (100 mm). 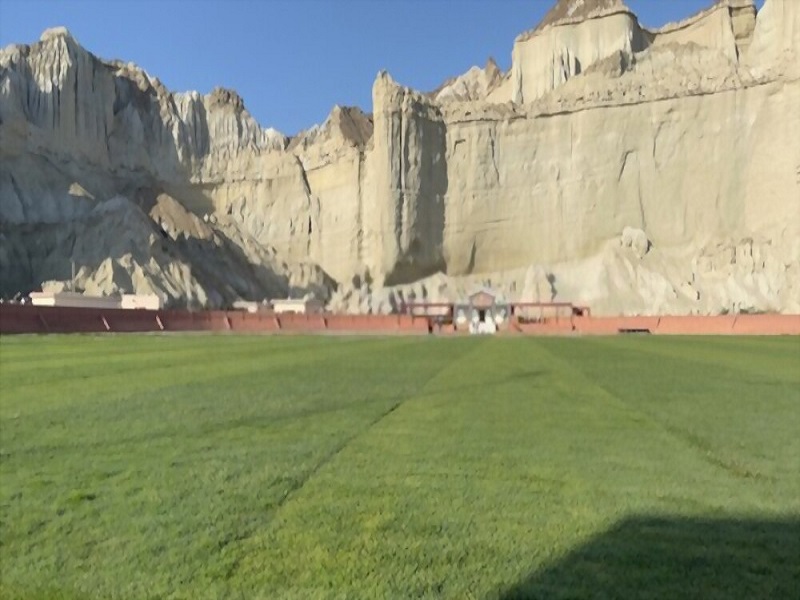 Gwadar Stadium, more formally known as Senator Muhammad Ishaq Baloch Cricket Stadium, is Gwadar’s only official cricket stadium. It was inaugurated in 2020. It is a stunning, large stadium with a diameter of around 217 feet (66 meters). Currently, the stadium only hosts games at the municipal and national levels.

Gwadar PC – One of the Best Hotels in Pakistan 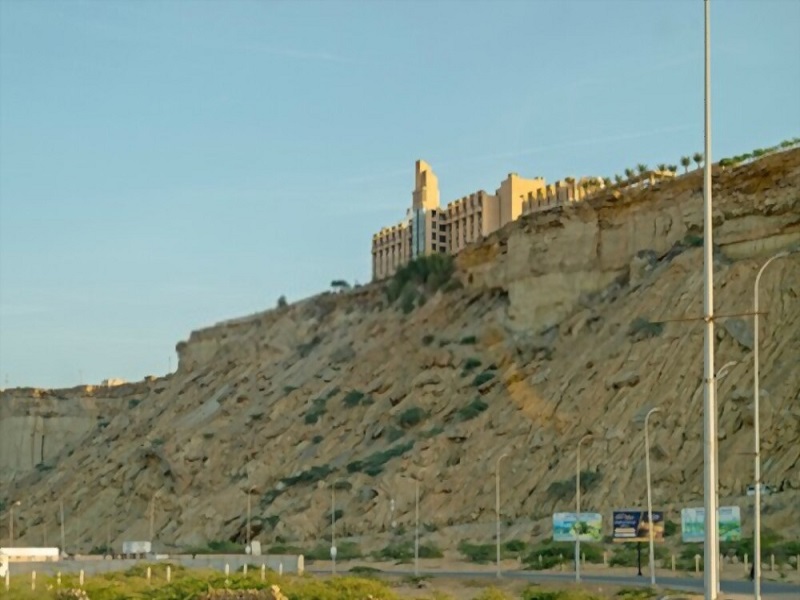 No matter whether you are on a business tour or a holiday trip, Zaver Pearl-Continental Hotel Gwadar can be your one-spot staying point. It is the best luxury hotel located at the majestic Koh-e-Batil Hill, on fish Harbour road, south of West Bay. They have 114 spacious and elegant rooms and suites.  You can book your room or suite according to your preferences. All rooms come with aesthetic furniture, comfortable king-sized or twin-sized beds, and an impressive environment. What’s the most interesting thing about this hotel is the beautiful view of the Arabian Sea and the city, which you can see from their windows. To be honest, it is one of the most sophisticated, luxurious, calm, and best hotels in Pakistan.

As for dining options, they serve continental, Chinese, and traditional Pakistani cuisines amid a charming ambiance with soft music. In short, if you are looking for reasonably priced hotels in Gwadar, with the finest food, comfortable rooms, and break-taking views of the harbor and city, this should be your only option. 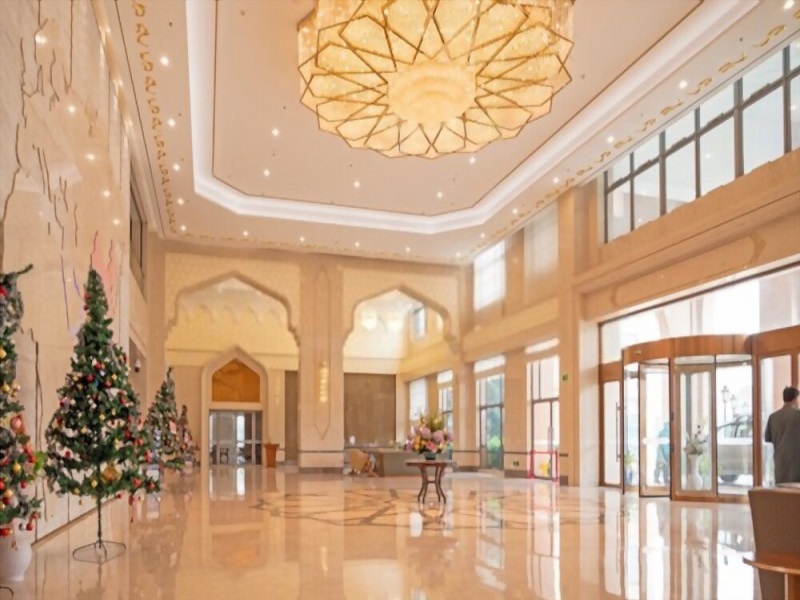 Distance Between Karachi and Gwadar 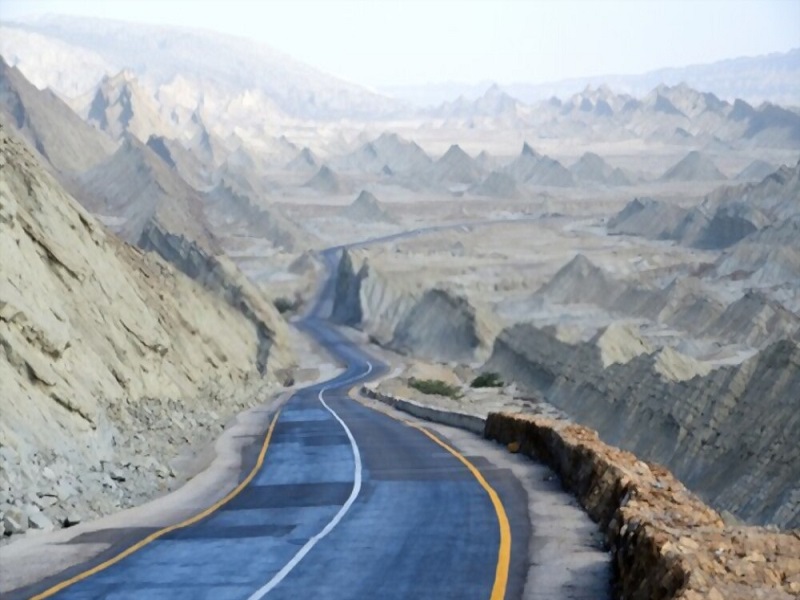 The distance from Karachi to Gwadar and the time to reach depend greatly on the route you follow, the type of transport, and the road condition. Typically, the straight line distance between Karachi and Gwadar is 473 km (294.3 miles). If you travel via Makran coastal highway, it may take you 7 hours and 44 min to reach Gwadar from Karachi. However, if you have a personal car and travel at a consistent speed of 50 km per hour, it may take 12 hours and 22 minutes to reach your destination. Nevertheless, it may take longer if you follow a curvature road.

What Is the Future of Gwadar? 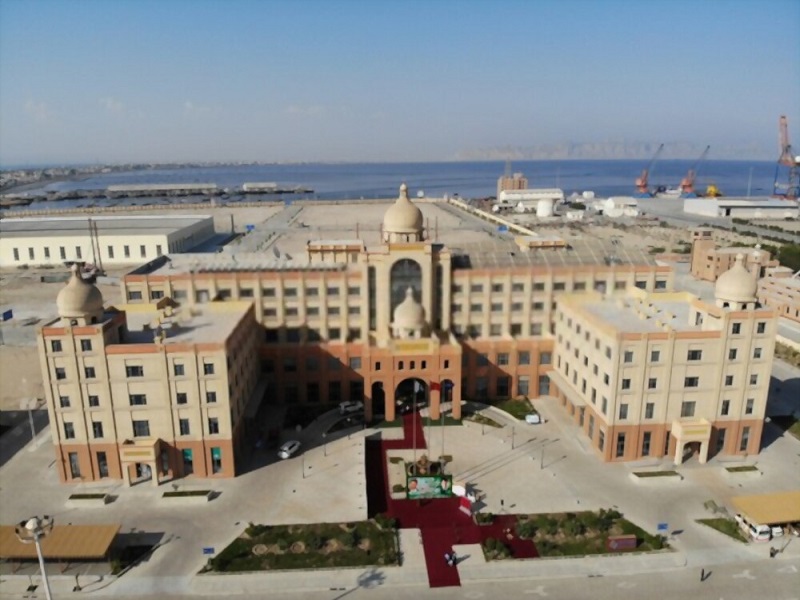 Gwadar is developing exponentially, it is fast-tracking towards progress. With waves of innovations, developmental projects, foreign investors, and business interest, it is becoming a Dubai of Pakistan. It will open a wide door of opportunities for high-paying jobs, luxury lifestyle, outstanding hotels and resorts, infrastructure, trading center, investment, and a hub of Pakistan development. Indeed, it is gradually becoming a leading city in the trading world. It will significantly promote business, travel, industrial, and coastal trade in Pakistan. 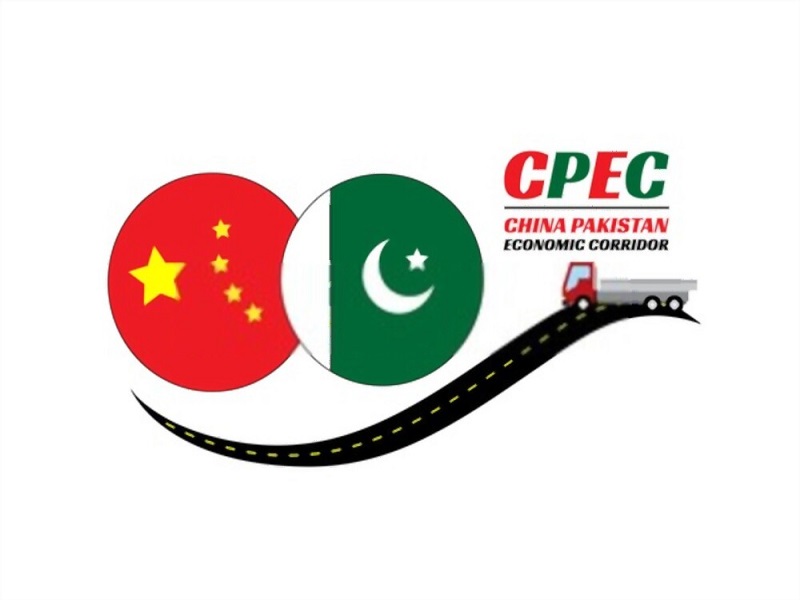 The Chinese government has a keen interest in Gwadar Port for a number of reasons:

Gwadar is a land rich in potential for investors, traders, and nature or tourism enthusiasts. It is an economically and geographically significant region in Pakistan. It is unquestionably a gem and a development hotspot in Pakistan. You should consider investing in property, industrialization, or residing in Gwadar; it will be quite profitable soon!

Who Gifted Gwadar to Pakistan?

Pakistan’s former Prime Minister, Feroz Khan Noon, and his wife, Viqar-un-Nisa Noon, negotiated with the Sultan of Oman and successfully reached a contract to integrate Gwadar into Pakistan. The Sultan of Oman handed over Gwadar to Pakistan for Rs 5.5 billion, most of which was paid by Aga Khan IV.

A majority of CPEC projects are either under construction or are in the pipeline, although the majority are completed. It is expected to be completed and fully operational by the year 2030.

Is Gwadar a Good Investment?

Yes, indeed! In fact, investing in land in Gwadar might be a lucrative investment because the city is on the verge of becoming a commerce center shortly, which would offer up a plethora of chances for everyone. That’s why it is an excellent long-term investment for local investors.

China-Pakistan Economic Corridor significantly benefits Pakistan’s economy and reputation throughout the world. For local people, it will open a number of job opportunities, investment chances, many energy projects, modern transportation networks, and special economic zones. These are only a few benefits, CPEC can greatly boost and strengthen the Pakistan economy. 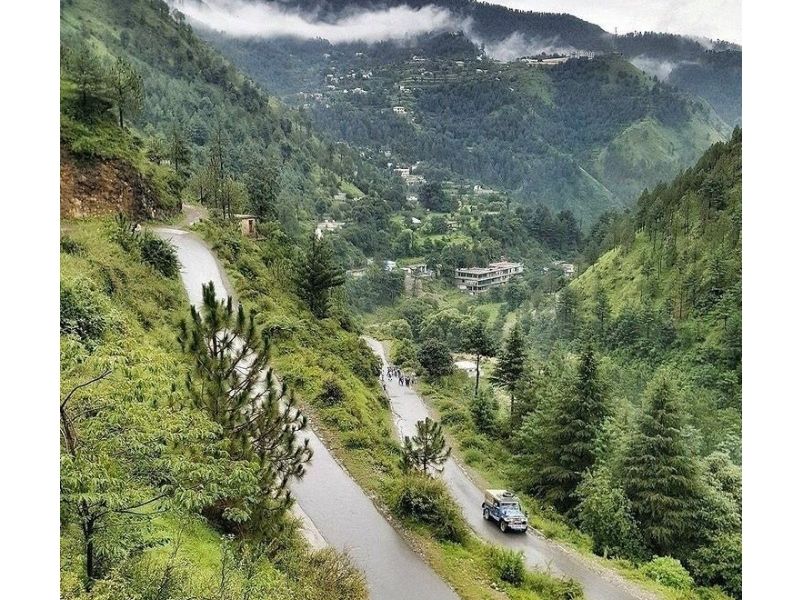