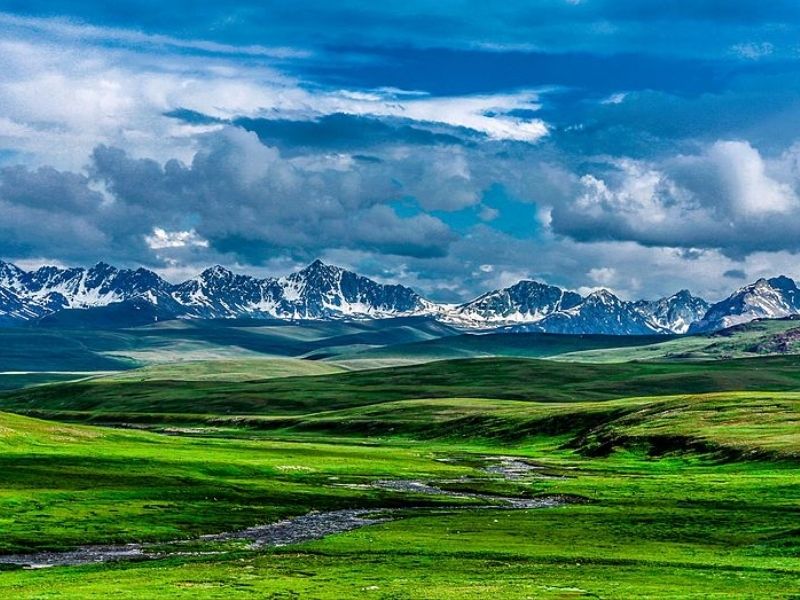 The Gilgit Baltistan region hosts several tourist spots that draw many visitors each year. Today we will introduce you to one of its marvels of nature: Deosai National Park. This national park is famous for being the world’s second-largest plateau.

The districts surrounding this high alpine region are Skardu, Astore, and Kharmang. The height of the park ranges from 3500 to 5200 meters. It is a flat piece of land located in a mountainous region sided by steep mountains. It stands in dramatic contrast to the surrounding environment.

In 1993, the then Government of Pakistan gave this cold region a national park status. It is a land with unparalleled beauty. The most spectacular sunrises and sunsets can be seen here. Let’s get to know more about this place and its splendor. 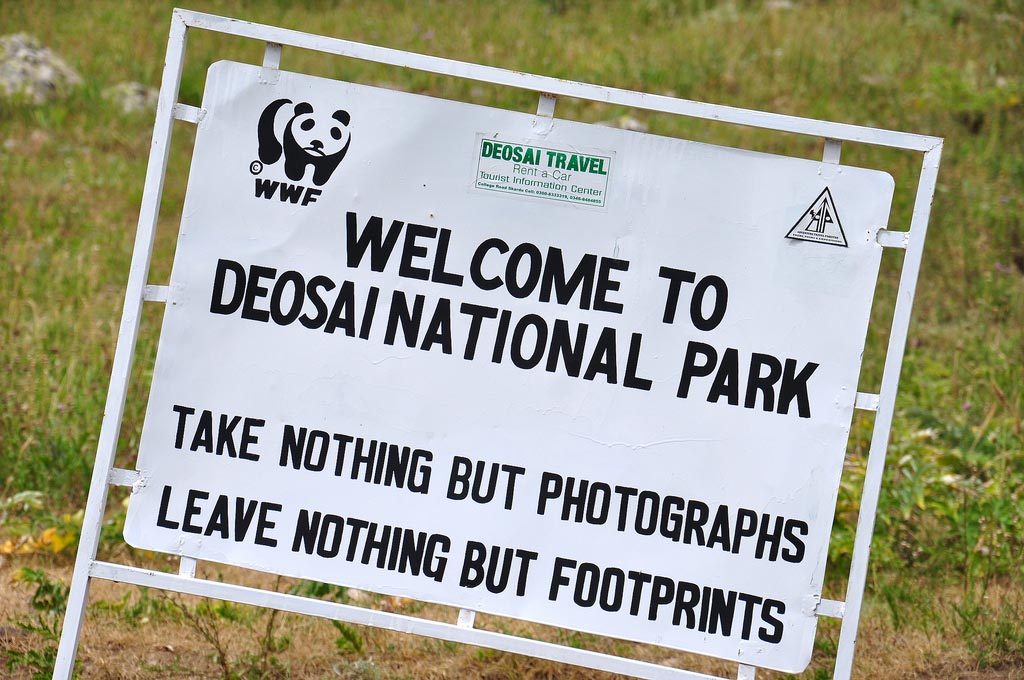 Mian Muhammad Baksh’s renowned poem “Saif-ul-Mulook” coined the term “Deosai.” The term is derived from some Urdu words. The word “Deo” means “giant,” and the word “Sai” in this context means “shadow.” Put together, the complete meaning of the name Deosai is ‘The Shadow of the Giant.’ This might answer the question “Why is Deosai called the land of giants?”

The locals also refer to this location as ‘Ghbiarsa,’ which translates to ‘Summer’s Place’. Due to excessive snowfall and landslides, it is only accessible during the summer and is closed the rest of the year.

Water Bodies Crossing Through This Land 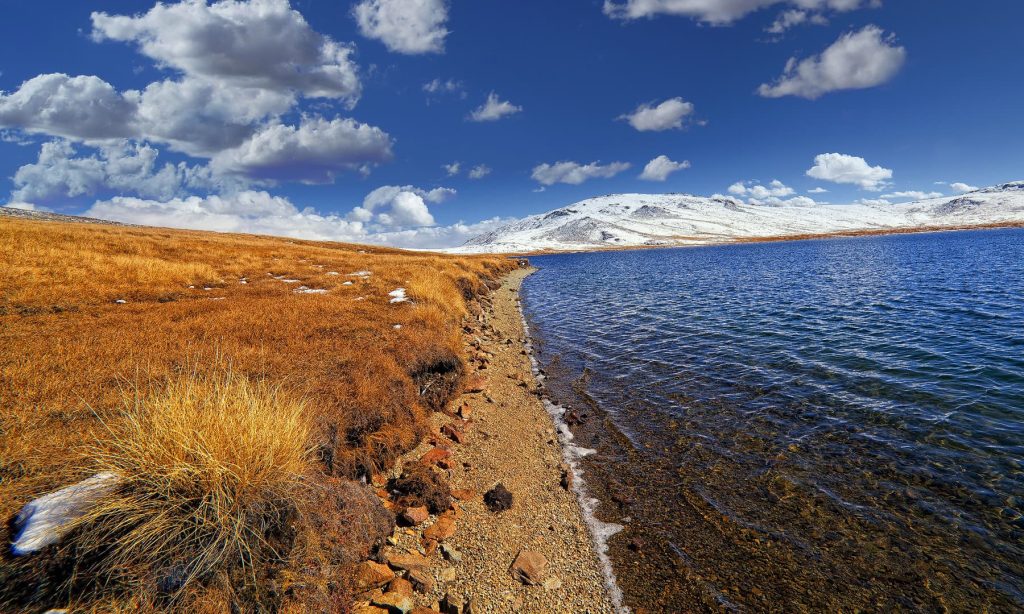 Deosai National Park is located where the Himalayan and Karakoram mountains meet. Wetlands are produced as a result of these high altitudes. When the snow melts, more water accumulates in the wetlands and they become rivers. These snow-clad hills are the source of the Shantung, Bara Pani, and Kala Pani rivers. The sight of these running rivers dashing against the mountain rock is reportedly breathtaking.

Sadpara is located in Deosai National Park, not far from Skardu. The lake is stunning in its natural beauty. However, a dam built a few years ago deepened the lake, making it more noticeable against the rugged landscape around it. This has maximized the serene beauty of the region. This lake is also famous for being the home of trout fish.

Sheosar, at 4250 meters above sea level, is a deep lake with muddy shoreline soil. Due to its high altitude, the lake remains frozen most of the time. However, it is a sight to behold in the summer. Sheosar boasts crystal blue water that is 2.3 km long, 1.8 km broad, and has an average depth of 40 meters, which could be categorized as unusual.

This is the bigger water stream, as the name implies. Bara Pani pours in from the top of the cold mountains of Deosai and runs towards the lower sides of the plain. The region between Deosai Top and Kala Pani is where Bara Pani is located. It is considered a wonderful spot for camping at night.  Its climate is milder than in other parts of Deosai. Tourists frequently spend the night here before continuing to Sheosar Lake.

Kala Pani, The Land Of Giants.

A minor trickle of water flows on the route that precedes Sheosar Lake. This stream of water is known as Kala (Black) water because it seems virtually black from a distance. However, when you get closer, the water turns crystal clear.

Shantung Nala is bordered on all sides by snow-capped mountains and freshwater streams. This water stream is the dominant supply of water for Skardu’s Sadpara Lake. When you arrive in this lovely valley, the peaceful quiet of the Deosai plains will be accentuated by the soothing sounds of babbling water.

The Fauna of Deosai National Park 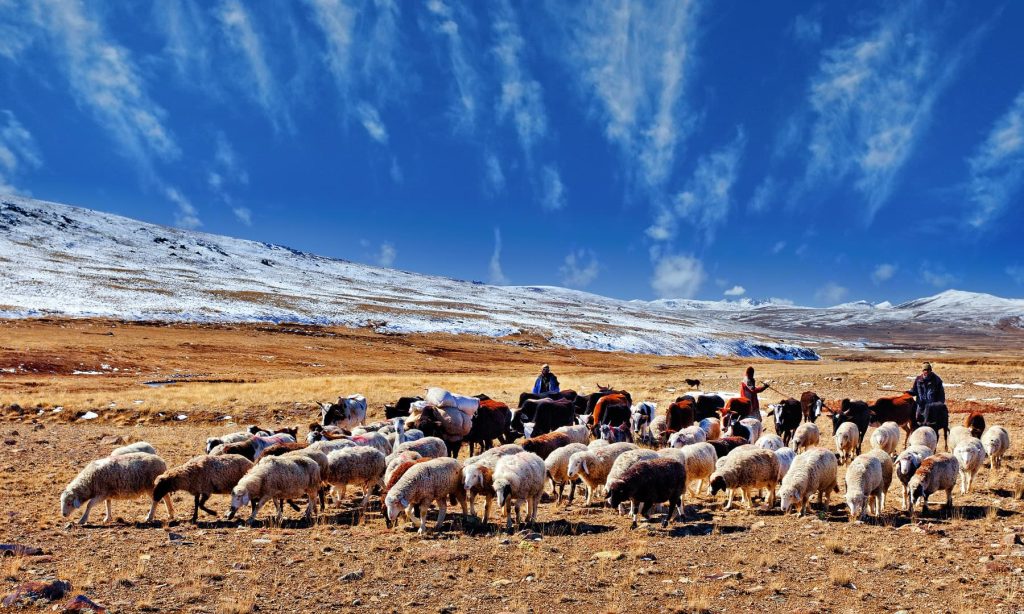 Deosai Park is home to a diverse range of fauna. Notably, the vulnerable Himalayan brown bear. The plain was turned into a national park to safeguard this species. This protected park is responsible for the growth in the population of brown bears since its inauguration.

The Flora of Deosai 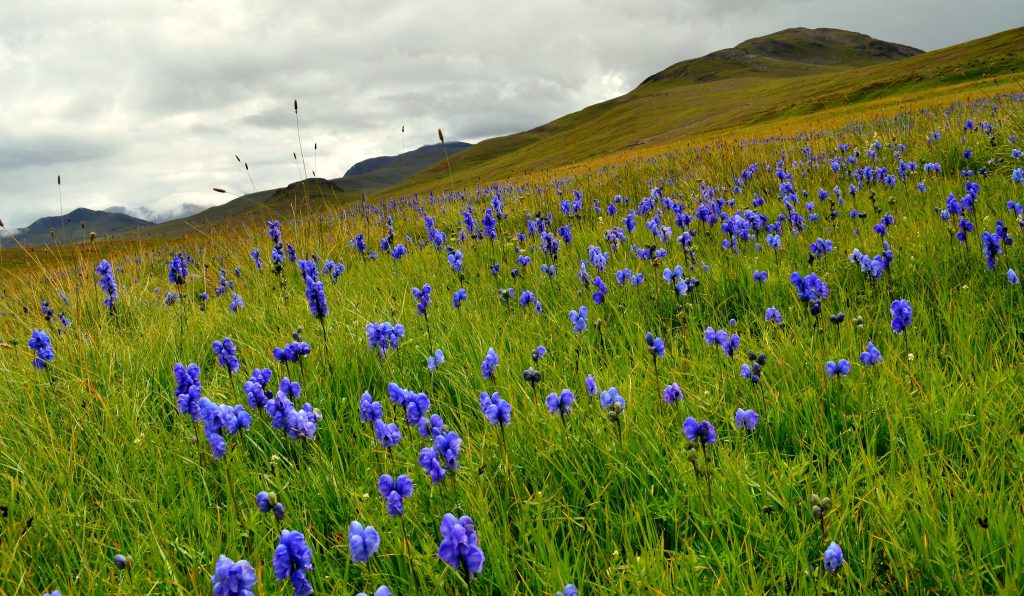 The snow covers the mountains, denoting a lack of vegetation throughout the year. Even after the ice melts in the summer, soft-stemmed vegetation primarily covers the land. You will find medicinal and aromatic plants among these tiny shrubs. It is only for a brief time in spring that wildflowers blanket the ground. These blooms attract a profusion of vibrant and attractive butterflies, which embellish this valley and add splashes of color to it.

Where Is Deosai National Park Located? 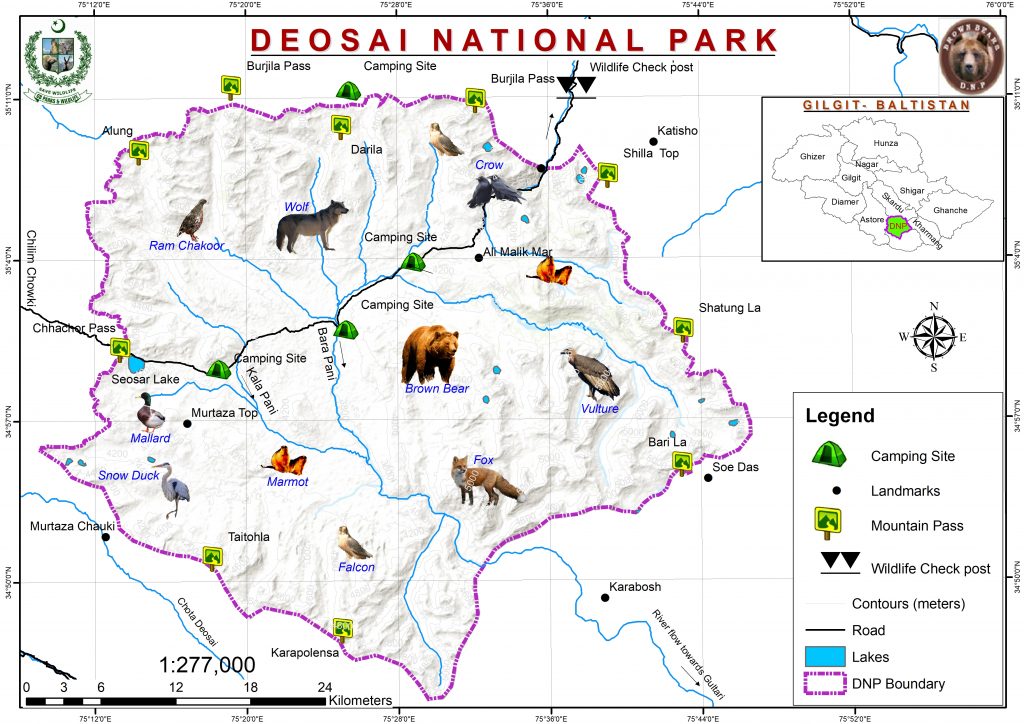 These paths might be tiresome to travel on, but the view compensates. 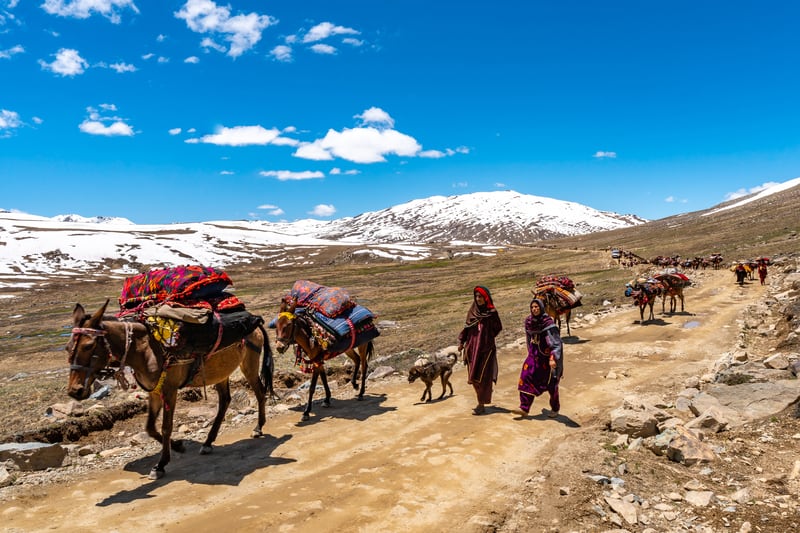 Tourists perceive the people of Deosai as the kindest and most hospitable people on the planet. In the event of an emergency, they will welcome you into their homes and provide you with the most tender form of care. 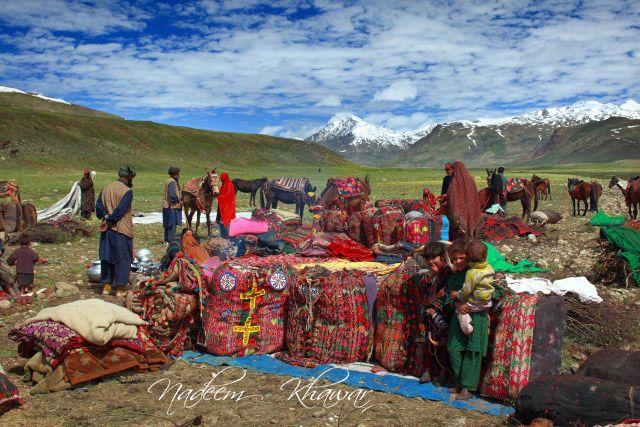 Gilgit Baltistan is a region brimming with rich culture and history. It is home to a variety of ethnic groups that speak various languages with several dialects. The locals of Gilgit Baltistan speak Balti, Shina, Burushaski, Khwar, Wakhi, and Domaki.

The weather in Deosai National Park is rather unpredictable. It can sometimes snow in summer, illustrating the lack of rhyme or reason for the weather patterns. The sun seems to play hide and seek with the clouds here, with the rays blazing one minute and cloudy the next.

Important Places to Visit in Deosai 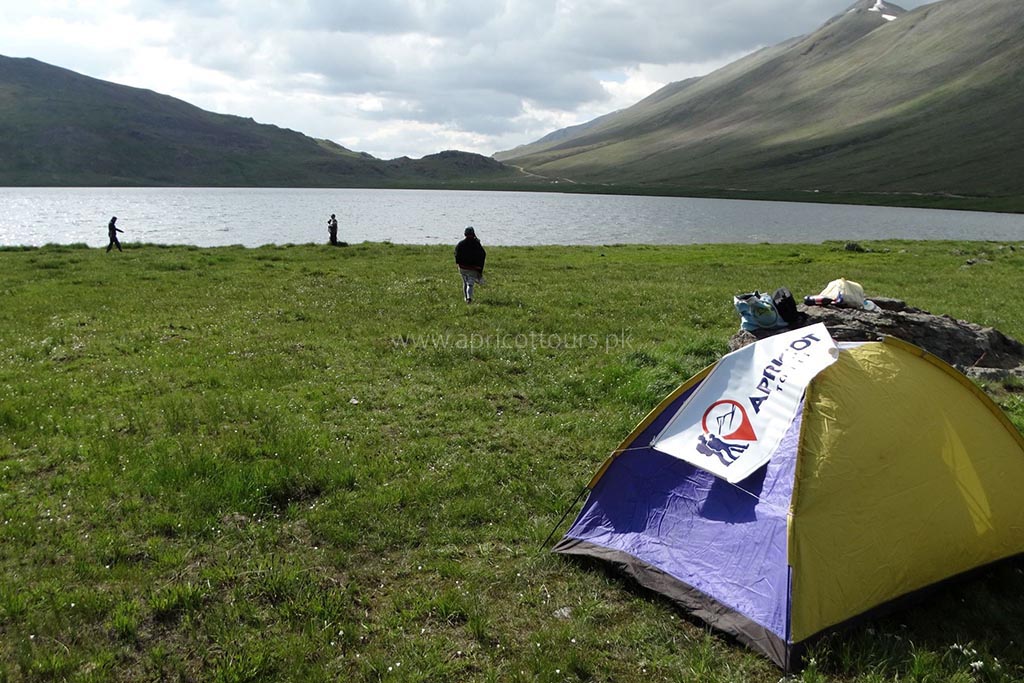 Deosai National Park has some significant places that are a must-visit for any adventurer. Let’s have a look at them.

Burzil Pass, a well-known business route connecting Kashmir and China, serves as the entrance to Minimarg. People consider Burzil pass the highest mountain pass in the Gilgit-Baltistan area, which is at an altitude of 4100m above sea level. Burzil Pass offers spectacular vistas of flower-filled grassland slopes within Deosai National Park. From the Burzil summit, a steep and lengthy climb awaits with interesting surroundings leading to the Minimarg.

Murtaza Camp is located in Deosai National Park and is 3,792 meters above sea level. The first rays of sunlight illuminate the mountain, making it a magnificent view from the top to witness at dawn.

On the Deosai Top, a relatively hilly area, you will find the Ali Malik Pass. This pass provides the quickest access to the Deosai plain. The Deosai National Park night view from here is supposedly riveting.

Deosai National Park is waiting for you to discover it. Consider this captivating place the next time you want to go on a nature-based holiday. Every single visit and suggestion for improvement will energize and revitalize the tourist business in this lovely remote location. 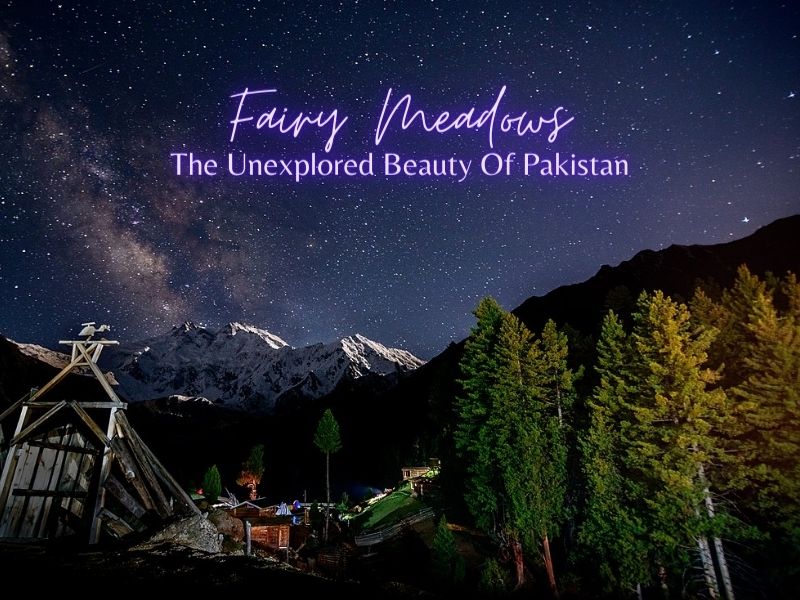 Indeed, Pakistan has some of the most fascinating places in the world, especially at its best in the northern areas of... 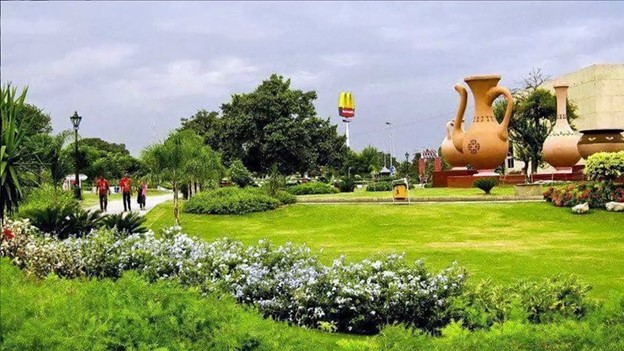 Jinnah Park Rawalpindi-Best Things to do (2022)

If you are seeking respite from the hurly-burly of everyday life and a scenic spot for activities and outdoor picnics,...